They’re called liars by their teachers, specifically Rhonda Baker. The journalists are accused of writing an exaggerated article. That’s the lie. However, the proof is there and it’s HERE at this link: https://www.nytimes.com/2018/10/16/us/charlottesville-riots-black-students-schools.html

To say this is an exaggeration strictly for sensationalism, Ms. Baker, and that there is little truth here, is to call the THOUSANDS of Black folks who were educated by the Charlottesville Public School System and read this article and agreed with every word because we’ve lived it “liars.” We aren’t liars.

Perhaps, you should stay on social media and listen to what we have to say, so you can actually be an effective teacher to ALL your students. As an HONORS SCIENCE TEACHER, you’ve become part of the problem. Students like the students in the article feel less undervalued and unsafe in your class and in other Honors classes. But they fight through. They shouldn’t have to fight through. The OTHER students aren’t fighting. That’s the problem.

I’m a product of Charlottesville City School. These are the SAME issues me and my classmates faced at every level. Nothing’s changed in over 3 decades but the faces. I’ve gone on to grab a few degrees, accolades, and such, and I hate that I still remember those teachers who looked for ways to bring me down, and it was no natural to them that I’m sure they’ve long forgotten. Like when Mrs. Thompson called me a liar, or when Mr. Pierce asked if I was sure I was in the proper class when I walked into his Honors course. Like you’re saying these students are exaggerating their pain. They aren’t. You will be remembered for this. 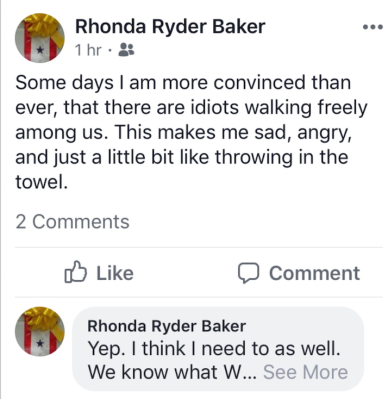 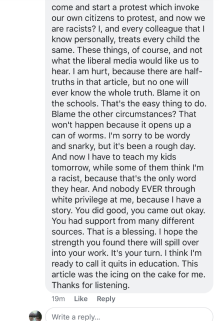 Above all else, I’ve painfully decided, I am a writer.

I stopped thinking of things. I only think of possibilities now, seeing the world dependent of my thoughts.

I’m creating because all the best people have been aborted.

What Are You Looking For?